The following goals have been defined by the HWY 278 Improvement Association:

The brick-clad Historic Courthouse with rich Victorian detailing dominates the Square, which is surrounded by the notable BB & T Bank (with its grand classical architecture and equally- historic but smaller one- and two-story retail establishments), seeming to open a curtain into the early 19th Century. It is this architecturally rich character that draws the movie industry to use this town as the backdrop for many movies and films.

HWY 278 is an arterial road that connects Atlanta to Covington. As a gateway to the downtown, it currently falls short. The existing architectural character is rooted in the mid-20th century and newer buildings. There are a series of one- and two-story retail spaces, and several larger, notable medical facilities. The existing highway is between 3 to 4 lanes in both directions, with a shared center left turn lane, or “suicide lane.” The existing large corner radii and slip turn add to the increased speed and lack of pedestrian safety.

Through our professional PlaceMaking experience, we have found that economic revitalization is advanced when we transform a corridor into a destination and provide a true sense of place. It is our opinion that by analyzing and building from the most historical and best qualities of a place, we create authenticity. Using the predominant building materials, such as brick and limestone, in a manner with which they might have been constructed during the 19th Century, we can help extend the best of the Historic Covington architectural character. 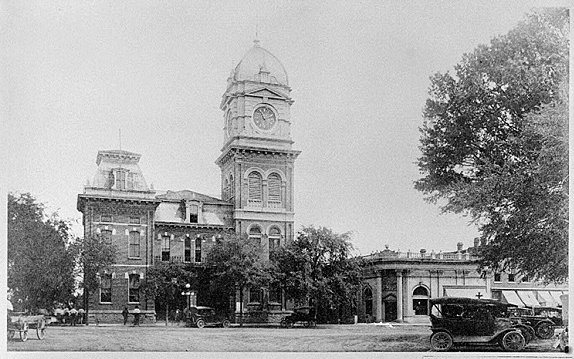 Founded by European Americans and incorporated in 1822 as the newly-founded county seat of Newton County, Covington is located 35 miles southeast of Atlanta, Georgia. The City was named after Leonard Covington, who was a US Army Brigadier General, war hero of 1812 and US Congressman. In 1845, with the advent of the railroad, Covington began to grow. Although looted and destroyed in 1864 by General Sherman’s troops during their March to the Sea, many antebellum homes and important buildings were spared. Covington Historic District, North Covington District, Starrsville and the Newton County Courthouse are all listed on the National Register of Historic Places.

These uniquely aesthetic buildings, and the entire community, have made Covington unofficially the “Hollywood of the South.” As a mecca for the film industry, the town can easily be transformed into a Civil War village, a 1950’s town or a modern-day city.

Keep up with events, promotions, project updates and more.